Do you know who this is?

Thanks to 2 more strokes we see it take on a life and an emotion with great clarity, thanks to Charles M Shultz. 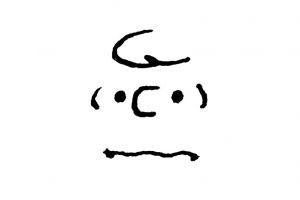 Memorable, right!
But why?

Charles M. Schulz (1922–2000) believed that the key to cartooning was to take out the extraneous details and leave in only what’s necessary. For 50 years, from October 2, 1950, to February 13, 2000, Schulz wrote and illustrated Peanuts, the single most popular and influential comic strip in the world. In all, 17,897 strips were published, making it “arguably the longest story ever told by one human being,” according to Robert Thompson, professor of popular culture at Syracuse University.

So why is a photographer talking about a cartoon strip you ask?
When creating branding photography of business owners I find myself doing exactly what Charles M. Schulz did as a cartoonist.  As I photograph either in the studio or on location I look to ensure there are no distracting objects that will lead the viewer down a path of no return.

Branding is about isolating your message and telling it through visual imagery.  When there is something that distracts in an image it takes you down a path that might allow your potential clients to “choose their own ending!”  Distraction is the best way to lead to misinterpretation and dilution of your message.

When people hear information, they’re likely to remember only 10% of that information three days later.

However, if a relevant image is paired with that same information, people retained 65% of the information three days later.

In the noisy world of marketing, can you afford to look like everyone else?

What out customers say..
Blog